A mindful path to cultural wisdom 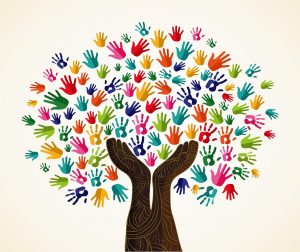 “It takes courage to openly engage with often difficult and emotive topics, such as unconscious bias and it’s harmful effects. Yet in my work I have witnessed the liberating effect of mindfulness and cultural wisdom. A mindful approach helps people to gently ‘lean in’ to uncomfortable territory and develop deeper insights and importantly to act with compassion in addressing inequality and promoting inclusion” – Byron Lee.

What role do emotions plays in tackling unconscious bias and promoting inclusion? 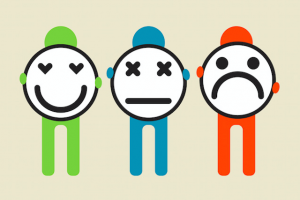 It was Aristole who once said,  “Educating the mind without educating the heart is no education at all.” Yet we know emotions can be messy. No more so when triggered by emotive topics, such a discrimination, prejudice and oppression. In all the years of working in the field of equality, diversity and inclusion, I have yet to experience a group conversation around fairness, respect and justice, that didn’t trigger a strong emotional reaction in one or more person. I have also been on the receiving end of strong emotions too. I remember one time being asked to present the findings of an internal diversity audit to a group of managers. The news wasn’t what they wanted to hear. I had uncovered many accounts of how people felt bullied, discriminated against and harassed. As I spoke suddenly a senior team member stood up and began a loud angry verbal dissection of the report. It appeared that my words had touched a nerve. In this instance, it would have been easy to see this outburst as a defensive reaction due to resistance to change. But it wasn’t.  The irony was that the presentation had opened up a gaping divide between this person’s deeply prized values of fairness and respect, with a hitherto invisible reality outlined in the report. This was simply a deep painful realisation that there was still work to be done and he felt hurt and overwhelmed by my words and he needed to let me know.

And as pointed out by Bell and Berry in 2007,  ‘Despite the proliferation of diversity research and diversity training programs in the past 20 years and four decades of anti-discrimination legislation and affirmative action programs, women, minorities, and other non-dominant group members remain woefully underrepresented in key organizational positions, confined by glass ceilings and walls; held to higher performance standards; and sometimes subjected to virulent harassment, discrimination, and exclusion’ (page 21).

So, when we shine the spot-light of awareness on a misalignment between organizational values and the lived experience of employees, it can be painful.  To remain conscious of daily acts of individual wilful blindness, collective conspiracies of silence and asymmetrical power relationships requires a deeper understanding of how bias, prejudice and discrimination operates in both the mind, and within organizational systems, structures and processes.  It is within our open conversations that our attention is drawn to seeking to make sense of the role of oppression and privilege in maintaining inequity in the workplace.  Yet insights shared within a workplace culture of learnt shame and blame, no matter how real, are typically experienced as condemnations and can result in a tightening rather than a loosening of learnt strategies for self-preservation, paradoxically increasing rather decreasing workplace prejudice and discrimination. This has perplexed and frustrated passionate advocates for change, including my self, for many years. How do we help others see suffering without causing more suffering? Yet in my experience the quest is not whether we can avoid creating suffering by raising awareness to inequity and discrimination, it is how do we help colleagues fully engage with the suffering, without them feeling overwhelmed or threatened. Thus these uncomfortable insights, when heeded, can provide the impetus to reinvigorate our efforts and work toward creating workplaces where inclusion is the norm and diversity thrives. To do this we need to support leaders and staff develop the capacity to bring their full presence to contemporary diversity issues; making the invisible visible, and the unendurable sufferable. An approach I have described as a mindful approach to compassionate inclusion.  Where we turn the gentle spotlight of compassion inwards and open our hearts and minds to both our own painful internal dialogue and the daily unspoken realities of our colleagues and friends. By bringing an awareness of our unconscious bias through a commitment to self-inquiry, as well as an ability to be vigilant and capable of responding to power imbalances in unequal power relationships, we learn to act with cultural humility (Tervalon, 2003).

In practice cultural humility has the potential of enhancing our compassionate presence when we hear about the suffering of others. By shifting our attention away from seeking to ‘fix’ the problem from a position of dominance and power, towards listening deeply and witnessing another’s suffering, our natural compassion arises.  And whether we are innately driven by selfless altruism (Jordan et al., 2014) or enlightened self-interest (Frimer et al, 2011), our compassion acts as a moral guide for our actions when we come across suffering, and enables ‘one’s feelings to guide one’s actions in response to pain experienced by others’ (Bateman & Porath, 2003: 131).

So the role of emotions in tackling unconscious bias and promoting inclusion is, in my view, central to progress in building inclusion.  They offer a powerful reminder for us to pay attention to our values and what matters most in life; and learning to regulate powerful feelings, through mindfulness and increased emotional intelligence, offers us a way of staying engaged, opening our hearts and making a real difference to lives of everyone. And as we are eloquently prompted by Martin Luther King jr to keep in mind “We are caught in an inescapable network of mutuality, tied in a single garment of destiny. Whatever affects one directly, affects all indirect”.

Does Cultural Wisdom offer anything new in building a more inclusive world? 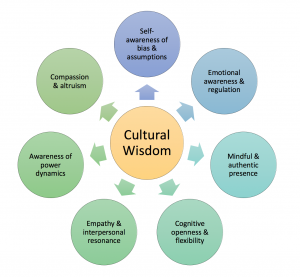 I recently asked three people, ‘What is it to be wise?’ The first answered confidently, ‘That’s easy, to be wise is to have years of knowledge and experience so that the wise person can make the right decisions in ever more complex and diverse situations’. After a pause the second person offered, ‘For me to be wise means having the capacity to see beyond the limitations of viewing the world from a single perspective and our own self-interests. It’s about having the ability to access a deeper level of consciousness, and be connected with one’s true purpose in life’.  And finally the third person smiled, ‘I don’t know what it is, but I do know that being wise is not the same as being clever, because clever people have lots of qualifications, talk and write a lot about what we should be doing, to other people who have lots of qualifications, who talk and write a lot about other stuff people should be doing. Whereas wise people, in my experience, just get on and do the right thing’.

I think if I’d asked another dozen people I would have heard equally diverse definitions. A fact that confirms the scholarly view, that wisdom depends to a large extent on who you ask. For example, in the West wisdom is most often associated with being knowledgeable and experienced, and a person who has cultural wisdom, might best be viewed as an expert or someone with a high level of cultural intelligence or intercultural competence, gained through cross-cultural experience and study, and self-exploration and reflective learning.

The Eastern definition is more introspective in its orientation, viewing wisdom as an individual’s deepening understanding of the limitations of personal worldviews, the multiple ways in which people construct their worldviews, and the capacity to hold in awareness these multiple perspectives, alongside a realisation that awakening to reality is linked to our capacity to bring our full attention to the present moment and see things for what they are, rather than what they should be. Coupled with our innate compassion, this definition of wisdom is more associated with cultural humility and collaboraitve inquiry.

Significantly, whichever definition is either most appealing or suited to one’s situation, these, and other contrasting definitions of cultural wisdom, have something very much in common. They can all be enhanced through the gentle power of mindfulness: the paying attention to one’s present moment experience with kindness, openness and curiosity. Indeed, we might consider mindfulness is itself both the gateway to cultural wisdom and a facet of cultural wisdom itself. Although research is in its infancy, the early evidence is encouraging.  For example mindfulness has been explored as an approach that can reduce unconscious bias (Lueke & Gibson, 2014); improve intercultural communication (Gudykunst, 2005); decrease individual implicit prejudice and increase altruism toward strangers (Ricard, 2015); dissolve the debilitating effects of emotional suppression by improving emotional regulation, and thus reversing the negative effect of an induced stereotype threat (Weger et al., 2012); and ultimately ‘mindfulness creates the space that allows us to discern a better perspective on the situation and make an intentional choice’(Berila, 2015 : 83).

And in an increasingly volatile and diverse world finding ways to effectively navigate and work with cultural complexity, and to bring about lasting sustainable change in terms of enhancing the life chances of all, is crucial to building a flourishing world for future generations. A mindful path to cultural wisdom may prove to be an important ingredient to going beyond the ‘what’ to the ‘how’ when it comes to building a thriving workplace for all.

Berila, B (2014) Contemplating the Effects of Oppression: Integrating Mindfulness into Diversity Classrooms. The Journal of Contemplative Inquiry, 1(1)

Ricard, M (2015) Altruism: The Power of Compassion to Change Yourself and the World, Little, Brown and Company